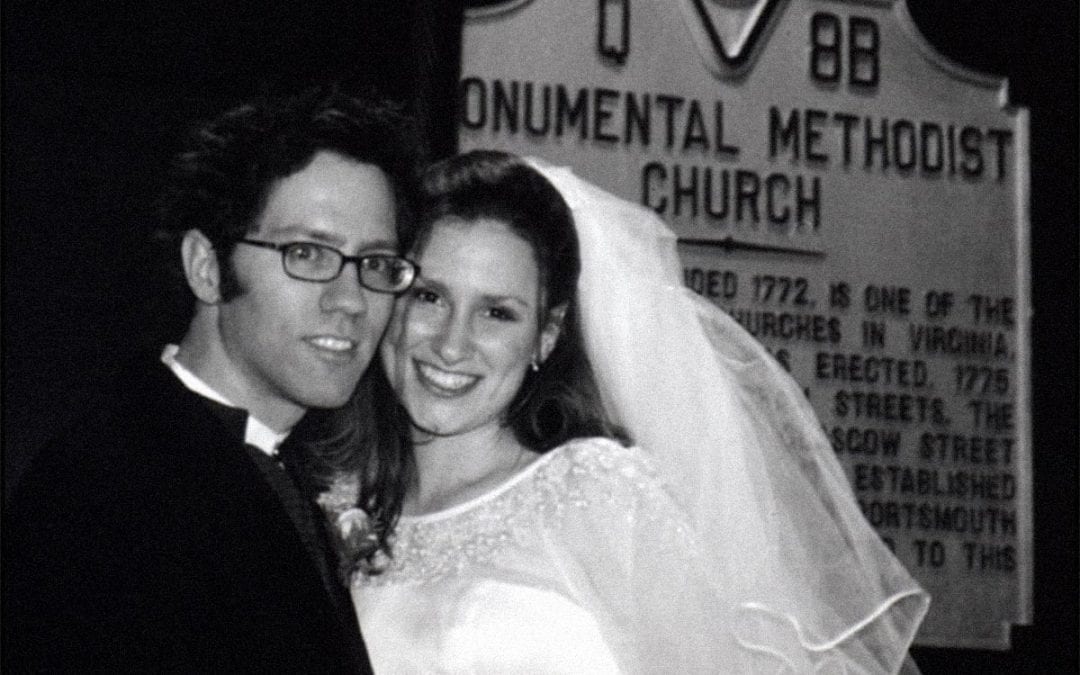 I married her about a year after I first met her.

I met her in church, and also saw her around the university campus, where she was a grad student and where I had some clients.

A couple of months after I first saw her, and after we’d chatted some at get-togethers, I invited her to attend my small group at church. She accepted.

A short while later I invited my roommate and myself over to her apartment to evaluate her leftover lasagna. She opened the door when I knocked. I took that as a good sign.

After seeking counsel with one of my pastors, I took her out for lunch and nervously let her know I was interested in a relationship with her. Though she was interested in me, she wanted time to think about it. I respected that, and over the next couple of weeks, I continued to gently reaffirm my interest.

At one particular get-together a few weeks later, I asked her if she’d be open to being in a formal relationship with me. A couple of days later, as I drove her to the airport, she said yes.

The four months of our courtship were characterized by clarity, honesty, accountability with her family and our pastor, adventure, prayer, purity, romance and intentionality. Four months after we started our courtship, I asked her to marry me. Her response: “Yes, of course.”

The four months of our engagement were characterized by continued purity and intentionality, continued meetings with our mentors and pastors, a couple of trips to Florida to spend time with her family, continued prayer and a growing understanding of our respective roles, and preparations for The Big Day.

Because of our intentionality; because of our eagerness to be under the watchful eyes of parents, mentors and pastors; because of our steadfast commitment to purity and honesty — one year from “Hi” to “I do” was not too short a period of time.

I believe that those who practice biblical dating — who practice intentionality, accountability and purity, and who have a complementarian view of the sexes and a Godward perspective — for these individuals 12 months can be just about right.

It doesn’t *need* to be much longer than that.

I did want to add that my story with Ashleigh is punctuated by two specific “encounters” with God.

The first was before Ashleigh and I even met. It was simply a deep, heartfelt, very pervasive sense that “it is not good for me to be alone.” I felt impressed that it was not right for me to remain comfortably single. This wasn’t a mere feeling that I wanted to get married, but a personal conviction that I was to prepare to leave the status quo and leave the single life.

The second “encounter” was when I sensed the Lord telling me that he would “conspire with me to win Ashleigh’s heart.” Yeah, “conspire” is an odd word. But that word gave me courage to take a chance with Ashleigh, to honor her through our courtship, and co-operate with the Lord to gradually and intentionally move our relationship toward clarity and ultimately toward commitment.