Jesus Was Not A Theistic Evolutionist 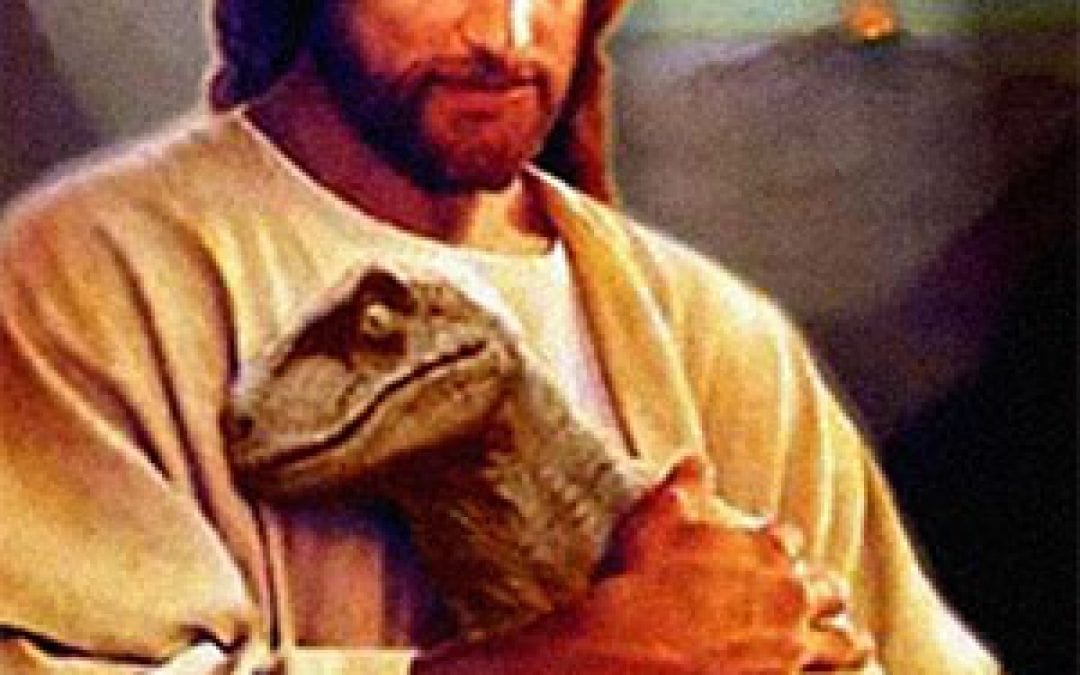 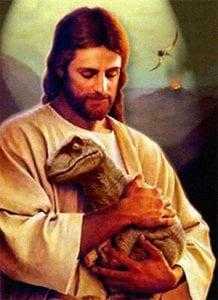 Jesus believed the creation account presented in Scripture, and not the one presented by Darwin et al.

He believed that God created everything that exists, that he created specific “kinds”** of creatures that each reproduced “according to its kind” (as opposed to having genetically more complex offspring a la evolution), that Adam and Eve were the very first humans and that they were created “from the beginning” (He intentionally created distinct sexes, rather than allowing them to emerge over millennia), and that death only existed after Adam had sinned (rather than death being the violently blessed means whereby humanity evolved from less complex life forms).

How do I know this? Because Jesus believed the Scriptures. He came right out and said that if you believed the words He spoke, you would also believe the words that Moses wrote. Jesus is giving His stamp of approval on all of Genesis, for example, including the creation account.

Jesus trusted as historical fact, and not mere metaphor, those Scriptures that presented themselves as historical. He spoke of Jonah as fact, for example, and not just as a story. He spoke of Noah’s flood as a fact, and not merely as a metaphor. The burning bush, according to Jesus, was fact. The destruction of Sodom was fact, according to Jesus. And so on. Jesus showed no distrust for the words of Moses or any other Old Testament writer, no matter how fantastic they seemed.

It’s important to remember that Jesus wasn’t merely repeating the prevailing theories, or “creation myths,” of ancient Israel. He was speaking as one who had personally witnessed creation. And even then, He wasn’t a mere observer, but a participant. The truth is, He was there even prior to creation. If the biblical account wasn’t identical to what He had personally witnessed, He would not have so affirmed as historically accurate the book of Genesis.

Why is it important that we see the biblical creation account as accurate? Because if we don’t see it as accurate, then our understanding and appreciation of the very thing which we are to proclaim most loudly — Jesus’ atoning death on the cross — becomes skewed.

The entire premise of Jesus’ incarnation was to save humanity from sin and death, something introduced by Adam in the Garden of Eden. Sin and death (death being a key element of the hypothetical evolutionary cycle) did not exist prior to Adam’s sin, according to Scripture (“sin came into the world through one man, and death through sin”). The creation process was consistently labeled “good” by God, and not something polluted by sin and death.

Scripture is clear that the first human was Adam, and that He was intentionally created as the first by God, Eve then being created second. There were no “proto-humans.” Adam had neither parents nor siblings. Eve was given away by God, not by Eve’s father, since she had no father, either human or pre-human.

And it was this sin and resulting death that Jesus addressed on the cross: the sin of Adam and of his offspring. Because of Christ’s death, we may avoid the consequences of Adam’s and our sin, and become reconciled with the creator. While we remain descendents of Adam, we can become adopted into the family of the Second Adam.

And none of this would make sense if there were no literal Adam, no first sin, no biblical consequence for sin. And the cross would lose its relevance.

It may be difficult to retain a trust in Scripture and Jesus’ affirmation of it, especially in light of what we’re being told by just about everyone around us. It may be tempting to Christianize evolution by saying that perhaps God used evolution to bring “all this” about, that Scripture and evolution are not incompatible.

But it’s important for several reasons that we trust Scripture instead. First, God will find no fault in our trusting His Word. In fact, I believe He takes pleasure in our concurring with Jesus in seeing it as true. And second, I believe He’s disappointed when we disbelieve His Word. Jesus said, “For whoever is ashamed of me and my words in this adulterous and sinful generation, of him will the Son of Man also be ashamed….”

(**For more detailed discussion of creationism, including the relevance of “kinds,” I encourage you to read “Variation and natural selection versus evolution,” written by Jonathan Sarfati of Creation Ministries International.)

That’s the point I was always screaming at Boundless: the burden of proof is on the liberal to demonstrate that he has a better hermeneutic than Jesus.

Theological liberalism is the epitome of intellectual arrogance. This is why mainline denominations are all but irrelevant.