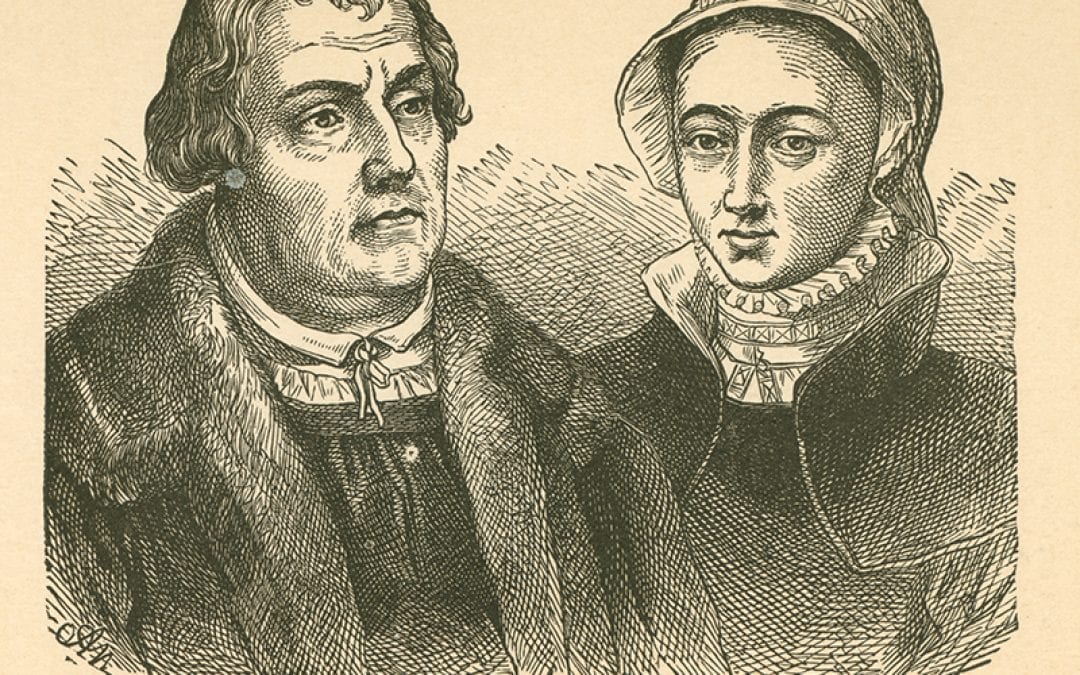 Martin Luther and I have at least two things in common: We were both born in Germany and we both married later in life than the average person. Oh, and a third: We both married women more than a decade younger than us.

Today’s featured article, written by blogger Justin Taylor, focuses not on Luther’s involvement in the Reformation of the Church, but on his influence on reforming marriage.

Luther, apparently, initially put off marriage because he had taken the oath of a monk. Later, as he came to question Church policies, he found himself putting off marriage for the same reason William Wilberforce put off marriage — he feared he would soon be killed for his stances, and didn’t want to leave behind a widow.

Somewhere in his late 30s he changed his mind. Dramatically. Like other celibates in Scripture, he held a high view of marriage, going so far as to outright advocate it. He said, for example, “I urge matrimony on others with so many arguments that I am myself almost moved to marry.”

Then it became personal, though a little … odd. He wrote, “If I can manage it, before I die I will still marry my Katie to spite the devil.” Pretty romantic motivations there, Martin.

He did marry Katherine, a nun he had freed from a nearby convent, an event that (I was surprised to hear) transformed the church and culture. On scholar wrote:

Little did the sixteenth-century world realize the tremendous significance — both religious and social — of this simple and reverent ceremony in the backwoods of rural Germany…. Luther’s marriage remains to this day the central evangelical symbol of the Reformation’s liberation and transformation of the Christian daily life.

The rest of the article goes on to provide four lessons we can learn from their relationship. I especially liked the one where Katie play-mocked her husband by putting on a black dress.

So how about you? If you’re an older single man, how have you seen your motivations to marry change? What do you think of the 40-year-old Martin marrying the 25-year-old Katherine? What have you learned from Martin’s wonderful example? Would you consider Martin Luther to be (and I hesitate to write this) mandating marriage for the vast number of men and women?