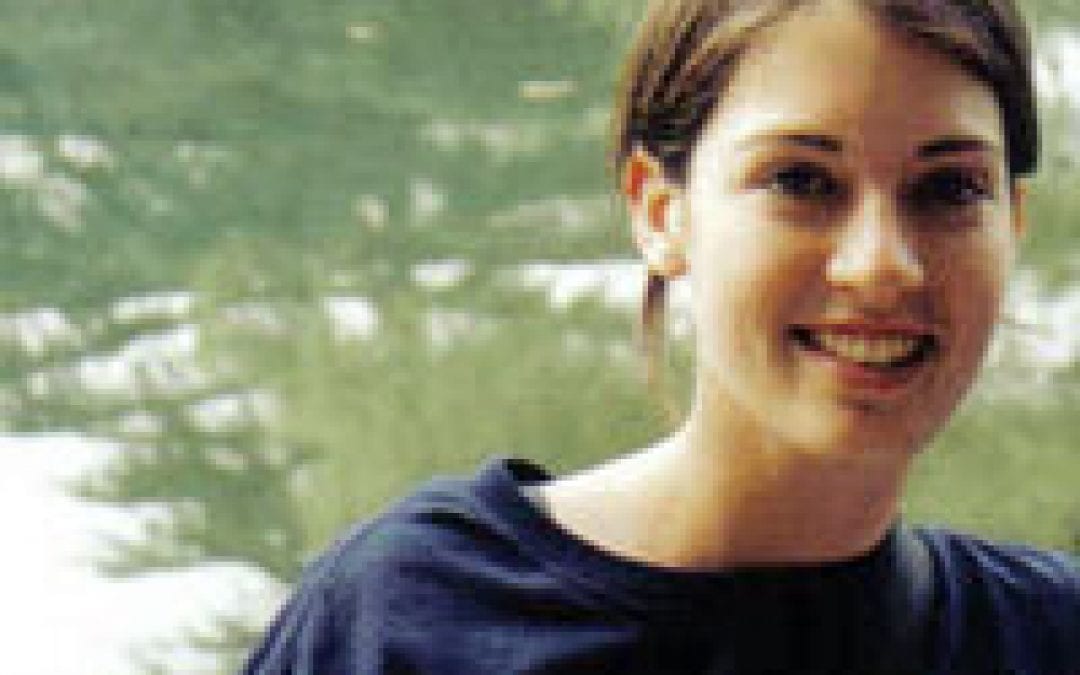 I wrote this blog post a few years ago, and felt it should be shared again today … 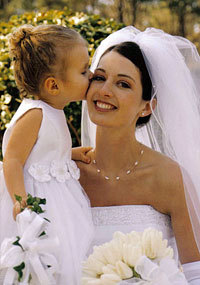 My roommate Mike would come home at the end of the day, and inevitably he would talk about Libby, a beautiful godly young woman from church. She was different, and he was intent on winning her heart. And doing it the right way. She was worth it.

He regularly met with Libby’s father, who knew of Mike’s interest in his daughter. They would go out for breakfast and study Scripture together. In time, Mike earned the father’s trust, and he gave his blessing for Mike to court his 20-year-old daughter.

Mike was the first man Libby had ever dated. Their courtship was marked by a purity and passion and tenderness rare even among Christians.

The most innocent among us, children, recognized something special in Libby, and they loved her for it. Her wedding party in March 2003 included seven flower girls and a junior bridesmaid, and she was given a wedding shower attended by 20 friends under 10 years old.

My new bride and I had a lot in common with Mike and Libby. We attended the same small group at church, we served together on the church’s worship team, Libby and my wife were both pregnant with their first babies, and we all shared a love for the Lord.

I remember one particular small group meeting. I remember that Libby was sitting next to Mike on a couch, Mike stroking her hair lovingly. The group leader asked us what we were thankful for. When it came to Libby’s turn, her response was a simple, yet profound one: Heaven. 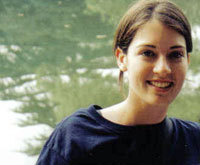 A few days later, Mike and Libby went out of town to celebrate their first wedding anniversary. The weather on the way back was miserable and stormy. There was some skidding. There was another truck. There was a crash. And in an instant, Libby and her preborn baby Sam had moved out of this life and into that place for which Libby was most thankful: Heaven.

It’s been eight years to the day that Libby left us. Nothing has ever affected me more than her death. Not my bout with cancer. Not my two broken engagements. Nothing. For weeks I’d find myself at work weeping over my desk, considering the tragedy of such a beautiful life cut short. I’d lie in bed at night weeping, thinking how Mike must have felt, having been at the wheel when he lost control of the truck. I lost more tears in those weeks than in my previous 35 years combined.

I still listen to a recording of Libby’s funeral from time to time. And every time I do, I’m once again moved by the loss experienced by Mike and by her family. But I’m also convicted. I’m convicted by the way Libby lived her life faithfully for the Lord. I’m convicted by her purity and child-like love for the Lord, and for the way she shared that love with those around her.

A year before her death, Libby providentially recorded a “scratch” vocal track for a song my band was working on. The song, written by a friend of ours, speaks of her love for our church. You can listen to that song, sung by Libby, here. A key line in the song, “I’m pointed toward heaven just knowing you,” is true of Libby’s life. 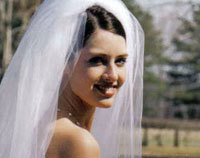 Near the end of Libby’s funeral, after a number of friends had recounted their memories of Libby’s life, choking back tears Mike said, “You guys are looking at a lucky man. All the stories that you’ve heard this morning are about my wife. And I got to be married to her.”

He continued, “Almost one year after we were married, Libby received not just promises, but the fulfillment of them. The great and loving God who had created her, the personification of beauty, summoned her to Himself with this divine accolade: ‘Well done, thou good and faithful servant. Enter into the joy of your Master.’ Now, Libby — my wife, Chris and Suzie’s youngest daughter, Jennifer and Christopher’s sister, and many of your friend — is standing before that feast. She is receiving love unparalleled. And it is only that that offers me consolation. Because who would have thought a year ago that I would be doing this? Who would have thought that our fairy tale story would end so quickly? I didn’t. I love Libby Anne. And I am so glad that we had that year together, and that we have eternity to look forward to.”

Libby remains an inspiration for me, though she and her little boy have been dancing with the Lord for eight years now. May the remainder of my days look more like the days Libby lived: with purity, joy, and a sweet love for the Lord that lingers like costly perfume.

I wish you could have known my friend Libby.

I love this post. I’m so glad you republished it today.

That is beautiful, Ted. What a legacy she left to all her knew her, and those of us who didn’t. Heaven is something we should ponder every day with joy and longing.

Thanks for posting this Ted. I didn’t realize it has been 8 years. Tomorrow’s my Birthday. It was ironic for me that Libby, Mike and I developed a friendship on the NYC trip and then they were married on my Birthday and then one year later Libby went to Heaven. A bittersweet memory on my Birthday. I had never heard the story about the thing she was thankful for was Heaven. That really touched me. Thanks again and God Bless.

Thank you for sharing your heart and sensitivity, Ted,…. and the wonderful tribute you gave to our precious Libby Anne. She was a beautiful gift to us if only for a very short time. So looking forward to seeing her and Sam and can’t help but wonder if she has gathered all the little children up in heaven as she did on earth. Blessed be the ties that bind our hearts together more than we can even imagine.

Ted, thanks for posting a link to her singing. I hadn’t heard it in 8 yrs (since the funeral). So good to hear her voice again.

What a beautiful post. Hard to believe it’s been 8 years. Thank you for sharing such a lovely tribute. I hope you and your family are doing well.

Ted,
Wow. It’s so beautiful to talk about Libby. I had no idea what was going on at Mike’s fb page until my daughter told me. Of course, I was led to your blog. Thank you for posting the Harbour. How sweet to hear her voice again. Her beauty is unforgettable, but it’s her voice that brings her “back to life” in my memory! Thank you for taking the time to write about her.